The endangered bulloak jewel butterfly (Hypochrysops piceatus) is the second rarest butterfly in Australia. It exists in only three known locations, two of which are within the highly fragmented Southern Brigalow Belt in Queensland.

Named for the tree that provides it with shelter and food and the intricate pattern of jewel coloured spots on its wing, the bulloak jewel butterfly has a fascinating life cycle that depends on an extremely close relationship with a ‘babysitter’ ant.

It is a remarkable symbiotic relationship in which the ants pick up the Bulloak Jewel caterpillars, carry them into their nests or into hollow twigs, and look after them. Even herding them out to bulloak leaves at night – the only food the caterpillars will eat; and herding them back into the cool safety of hollows of the bulloak during the day.

“After the rain at the start of 2020, I saw all of these butterflies on the Land for Wildlife block, including these little blue ones. When Don Sands confirmed they may be the endangered bulloak jewel butterfly I got in touch with QTFN to see what we could do. With their enthusiastic support and the grant, we are creating additional pockets of habitat on Bonyi with the right conditions for the butterfly and ant. We hope they come!” 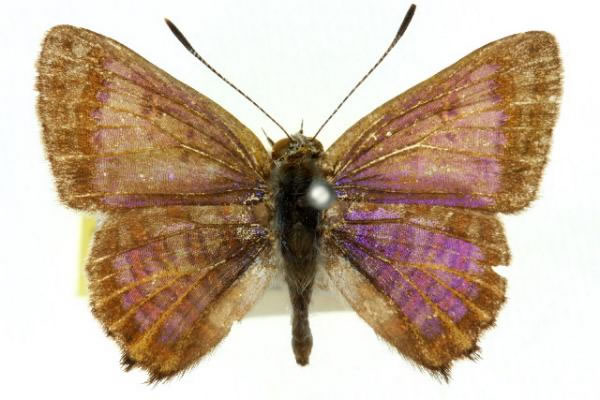