The Palaszczuk Government has announced an $8.6 million partnership with Queensland Trust for Nature (QTFN) to restore and protect key koala habitat in the vast northern Brigalow Belt, west of Rockhampton and Mackay.

It comes as the Minister also announced expressions of interest were open for projects in south east Queensland to share in a further $2.7 million through the government and QTFN’s Koala Habitat Restoration Partnership Program.

“Protecting and restoring habitat is crucial in order for Queensland’s native species to thrive – it’s why we’re investing $1.4 billion in the environment to expand and maintain our protected areas, for wildlife care and ongoing research,” Minister Scanlon said.

“This most ambitious koala project this region has ever seen. And it adds to a swathe of initiatives aimed at protecting species like koalas, including the addition of more than 1.2 million hectares in Queensland to our protected area estate since 2015.

“With the funding now locked in, the Palaszczuk Government and QTFN will now be able to identify land for restoration and important land management so koala populations can thrive.”

Minister Scanlon said in addition to ensuring positive environmental outcomes, the project would also help to drive the Palaszczuk Government’s COVID-19 Economic Recovery Plan in the region with jobs to be supported in land management and revegetation.

QTFN is an independent, not-for-profit organisation focused on protection of Queensland’s biodiversity and natural landscapes. It was created in 2004 through a Deed of Trust and seed funding grant of $5 million from the Queensland Government.

QTFN works across Queensland to develop innovative conservation projects and partnerships for environmental sustainability, and has protected more than 111,470 hectares of threatened species habitat.

QTFN CEO Dr Liz O’Brien said the organisation was proud to work with the Queensland Government to protect and restore the northern Brigalow Belt’s koala habitat.

“Habitat conservation is key to the survival of this iconic Australian marsupial, and we want to support restoration efforts to increase habitat quality and connectivity.

“We are particularly pleased to be working in Brigalow country as it is an important region not only for koalas but also other threatened species such as the Poplar box and squatter pigeon.

“We look forward to working in partnership with land holders to help support delivery of outcomes from this project,” Dr O’Brien said.

Minister Scanlon said more broadly great strides had been made to achieve positive conservation outcomes for koalas in Queensland.

“One of the highlights of the strategy has been the introduction of the strongest protections for koala habitat that Queensland has ever seen, using state of the art mapping to measure its success.

“Since the latest update in 2021 more than 714,040 hectares are mapped as koala habitat including more than 332,278 hectares within koala priority areas. 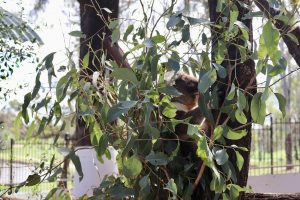 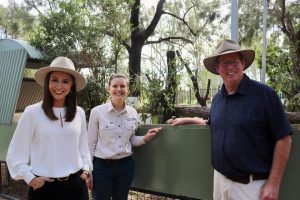