Nothing could have prepared me for the uncanny sense of serenity I felt rambling through the bush searching for weeds on Avoid Island. Sounds of lapping waves and birdsong filled the air and a gentle southerly blew a salty breeze through the trees. A city-slicker from way back, I wasn’t used to the stillness and calm oozing from this uninhabited mammal and predator free slice of paradise!

Surrounded by the crystal-clear turquoise waters of the World Heritage Great Barrier Reef Coast Marine Park, this was hands-down the best office view I’d ever experienced! I was on the island for an eco-volunteering trip to eradicate invasive weeds and protect habitat and ecosystems for precious species like the flatback turtle and eastern curlew.

Magnificent view to the east of the island from our weeding patch.

The flight to get there was an adventure in itself!

Avoid Island has its own airstrip, so we caught a 30-minute flight on a six-seater Cessna 260 from Mackay, six hour’s drive north of Brisbane. Flying above the Great Barrier Reef’s many continental islands provided spectacular aerial views of geological formations which I learned are mountain tops and ridges of an ancient landscape that disappeared under the sea about 10,000 years ago. 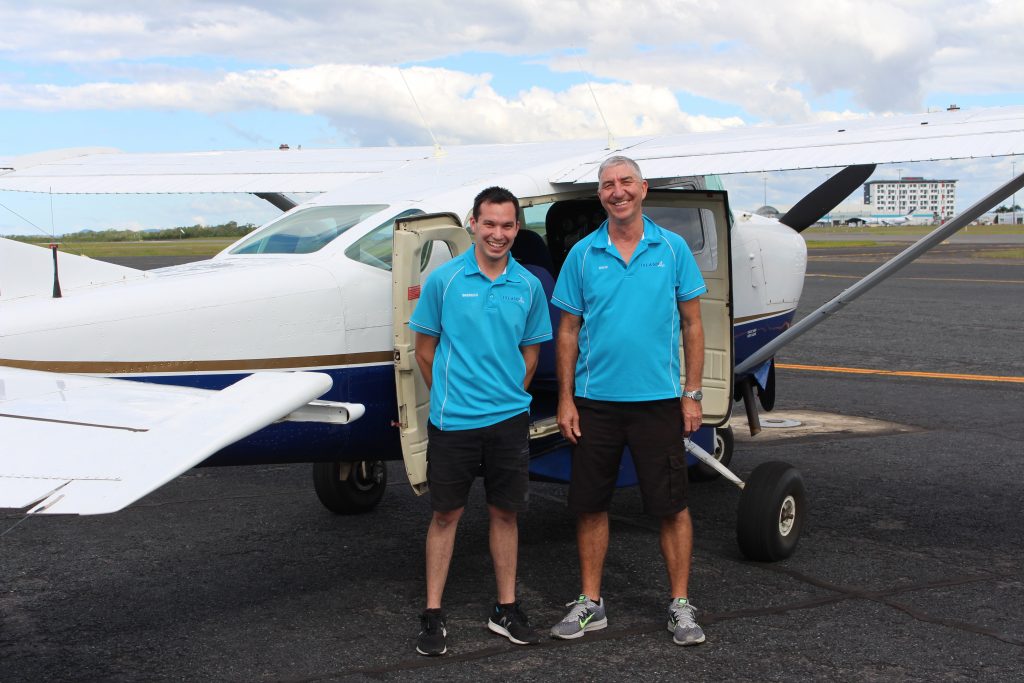 Our trusted pilots Brendan and Gavin from Island Air

Watch some amazing footage of Avoid Island from above

Significant tidal range contributes to the uniqueness of the island with strong currents created by a tidal range of greater than four metres and on a low tide it is possible to walk out to several small islands from the headland. The volcanic geological features of Avoid Island resemble a scene from Tolkein’s Middle Earth and include mesozoic to proterozoic igneous rocks and areas of tertiary acid volcanic rock. 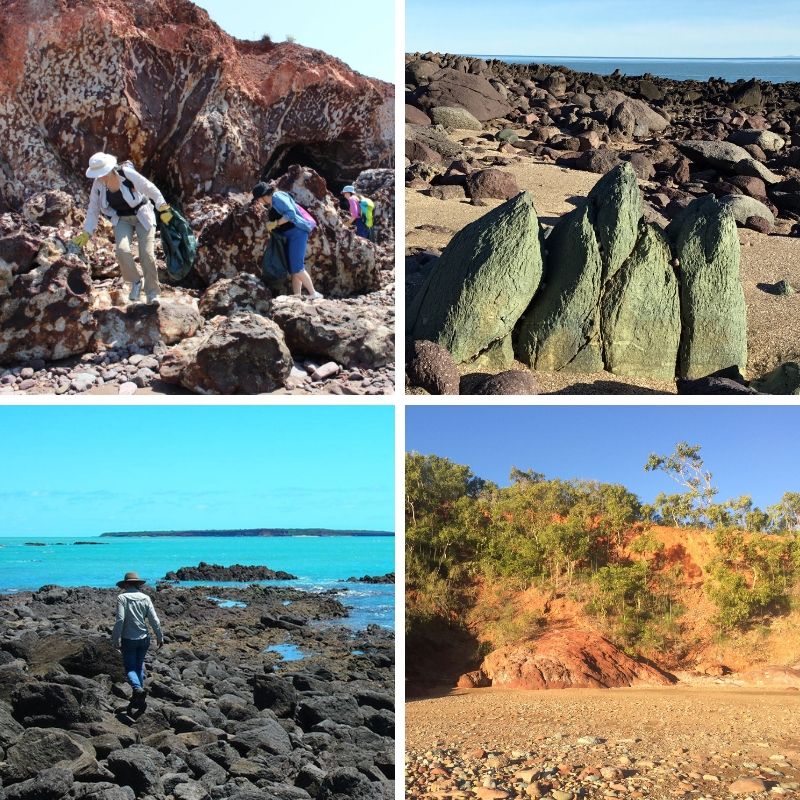 Variety of volcanic rocky features of the island

Around the globe, islands are the last refuge for many threatened and endemic species. Avoid Island protects an array of high biodiversity values including the nationally threatened Littoral rainforest & coastal vine thicket community. Only 2000 hectares of this community remains in Australia, with Avoid Island containing 10 hectares so there’s an ongoing weed removal program of threatening transformer weeds to ensure its continued conservation.

The enormity of the challenge to manage weeds and ensure the long-term viability of vulnerable habitat and the species that rely on it on this occasion was generously supported by a Queensland government sustainability action grant. Knowing our time on the island was limited, we worked quickly to fill huge green bags of Mossman River grass and sickle-pod including their insidious seeds.

Small victories can be really empowering and satisfying like clearing beach dunes of weeds to admire the spectacular views they were concealing! In the end we had to be wrenched away from weeding into the night it was so addictive!

Satisfied volunteers with bags of sickle-pod.

On our last night, we were lucky enough to watch our experienced leaders conduct a controlled ecological burn. It was thrilling to witness fire dramatically engulfing pandanas and grass tees as they crackled and popped amidst plumes of smoke. This burn was designed to maximise habitat for the beautiful and ancient grass-tree (Xanthorrhoea johnsonii) which can live for up to 450 years and responds to fire by flowering profusely!

The Great Barrier Reef is one of the world’s last great uninhabited places and the unpredictability of being on a remote island that is only accessible by plane really hit home on our final day. With wind gusts of 40km there was a very real chance the little Cessna 260 wouldn’t be able to land on the island.

The wind did quickly die down thank goodness and we returned to our busy suburban lives. It was a massive privilege having the chance to care for this precious and largely undisturbed landscape. It’s not often I get invited to spend three nights on an uninhabited island and I’m extremely lucky to have spent it with a great team.

QTFN offers eco-volunteering experiences as an opportunity to be part of something bigger whilst getting fit, having a magical experience and learning new skills.

If you would like to partner with Queensland Trust for Nature to protect this island treasure send us an email at info@qtfn.org.au

Learn more about Avoid Island and Queensland Trust for Nature’s work to protect it.

Mangrove tree on the north of the island.